Taken from the Latin word Fortris, (meaning strong), fortresses, though known to all, are considered to be constructions from centuries past used to help defenders in military battles.  Seeing buildings that are reminiscent of fortresses located in today’s cities is jarring as they seem both familiar and completely out of place.  This juxtaposition forms the basis for photographer Michael Lavine’s project: FORTRESS.  Started in 2007, Lavine’s photographs of contemporary fortresses re-imagined for modern day are shown and acquired through an online gallery collection. 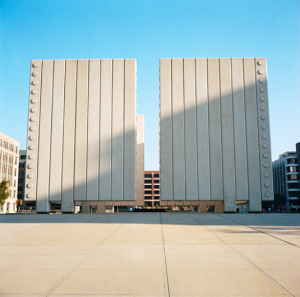 New work by Alex Bernstein for Nissan! 🛻💨 @b