Michael Lavine worked with Neo-beatnik, post-gonzo author and whiz-bang raconteur Mike Edison to promote his new book DIRTY! DIRTY! DIRTY! – OF PLAYBOYS, PIGS, AND PENTHOUSE PAUPERS, AN AMERICAN TALE OF SEX AND WONDER. Mike is a great writer and spoken word performer who tours with a back up band called “The Interstellar Rendevous Band.” This particular line up includes Jon Spencer from The Jon Spencer Blues Explosion, Mickey Finn from Boss Hogg and Dee Pop from the legendary Bush Tetra’s. Even though the video is chaotic and crazy, the devised formula was fairly systematic in its structure. But who really cares about that? Its just fun to watch! You can also watch Mike perform a segment from our shoot called Hugh Hefner Hates Girls here. 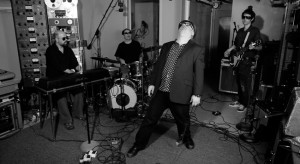 Quiet moments in Wellfleet by 📸 @arseniiv